Together For You supports NI Mental Health Arts and Film Festival 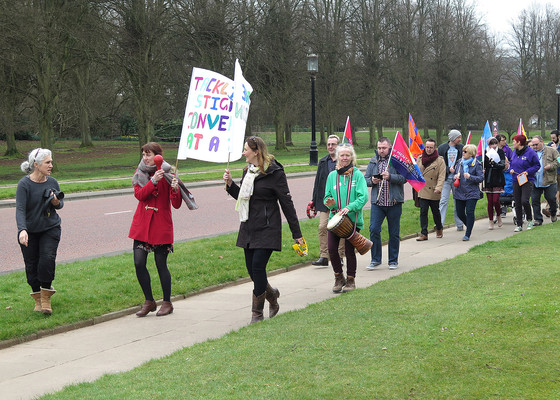 The Northern Ireland Mental Health Film and Arts Festival 2016 was recently launched at Parliament Buildings, Stormont, Belfast. The theme for 2016 is ‘Tackling Stigma One Conversation at a Time’

The event took the format of a walk from the entrance to Stormont Estate to the steps at Parliament Buildings.

The participants held flags and banners with designs by service users from Holywell Hospital and Praxis Care Portadown, facilitated by local artist Ciara O’Malley and the Art and Soul Foundation. 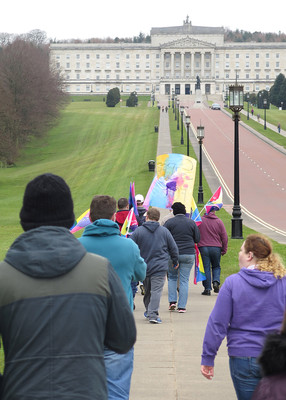 Everyone signed up to a pledge to tackle stigma of mental health by continuing the conversations in their workplace, community and family settings.

From over 100 submissions from artists and community groups from throughout Northern Ireland we have created a very exciting programme.

Highlights include a travelling showcase of short films with a variety of themes under the umbrella of mental illness which will show in venues throughout all six counties of Northern Ireland, Colour of Poetry exhibition and Tanka poetry reading in Coleraine, films written and produced by mental health service users facilitated by the Educational Shakespeare Company, a Poetry Therapy workshop and ‘Unseen Stitches:Understanding Maternal Mental Health through Textiles’ , a curated exhibition

The line-up for this year’s festival has something for everyone to enjoy. Hosting such a fun-filled and enjoyable festival is a great way of challenging the many issues associated with mental health.” 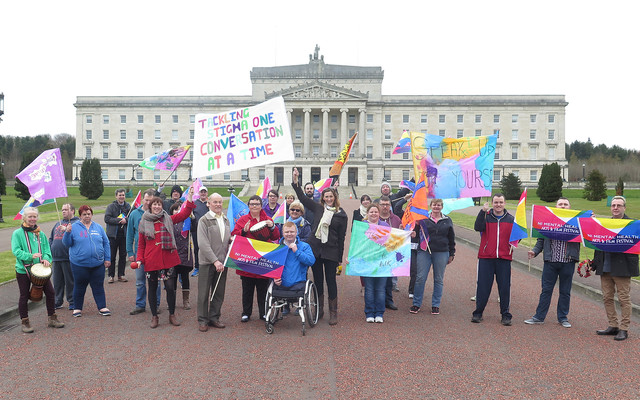 In its first three years, the Northern Ireland Mental Health Film and Arts Festival has reached over 7,000 people and this year’s festival promises to widen its appeal even further – with events from Derry to Dungannon, Newcastle to Newry, with arts on offer from visual arts and photography, poetry and song to psychodrama, music, comedy and film.

For further information on the work of Northern Ireland Mental Health Arts and Film Festival to set up an interview with Jane, artistes or mental health service users contact Paul Collins Assistant Director Fundraising and PR (Praxis Care) on 07712189675 or 028 90 234 555.

The Northern Ireland Mental Health Film and Arts Festival is charity comprising of a range of representatives from the statutory bodies, Queens University Belfast, mental health charities and artistes.

All of the services are given free of change with no major external funding.