Through the Together For You project, The Rainbow Project have set up a number of peer support groups for LGB&T individuals and their families in rural areas where there is currently no or limited LGB&T support.

The first of these groups has been set up in Omagh.  Colin, one of the members of the group tells his story below:

“My name is Colin, and I attend the support group in Omagh, set up by The Rainbow Project, as part of the Together For You project.  I am 26 years old, and came to the group to seek help and support with my sexual orientation. I looked for support on my computer. There were chat rooms, but I needed support in person.

My Key worker contacted the Rainbow Project and Nuala came to see me and told me about the group in Omagh that she was helping to develop.  She talked through the aims of the group, a place where people from Omagh could meet other LGB&/T people and make friends and where you could take part in programmes and have fun.”

The group has given the chance to meet other LGB&/T people in a safe place where I can be myself. I have some learning problems and found it hard to meet and talk to people, but now I know people who I can talk to in college and outside. Nuala also gives me support one to one before the group when I need it.

I can get out more and socialise in Omagh. I might go to my first Pride Festival in the summer as I feel more confident being LGB&/T, as I know there is support in Omagh now.  I really like the group because it is friendly and I actually know other people in college. I have had good support from Nuala both on a one to one and in the group on Tuesdays.”

In addition to support groups, The Rainbow Project also offer training workshops for LGB&/T populations, and one to one support.  For more information, click here or contact Nuala from The Rainbow Project on 028 9031 9030 or email Nuala@rainbow-project.org 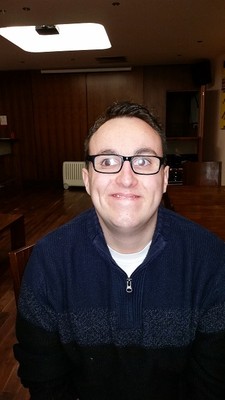